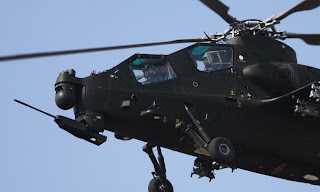 Chinese aerospace giant AVIC II was able to secretly develop Z-10 gunship helicopter program and kept it hidden from the eyes of the world for several years. 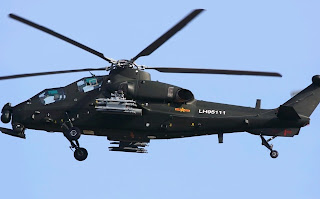 The Zhi-10 (Z-10) Gunship helicopter uses a typical, tandem-seat gunship helicopter configuration and is powered by twin-engines. It is being developed by the by Changhe Aircraft Industries Group (CAIG) and China Helicopter Research and Development Institute (CHRDI), both of which are subsidiary companies of AVIC II. 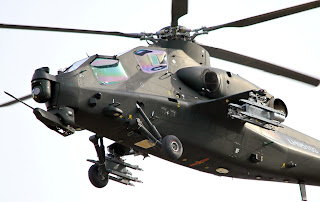 Z-10 Gunship helicopter’s fuselage has been designed to reduce its radar cross section (RCS) and it uses fixed landing gear. 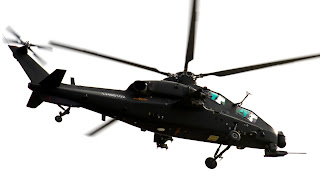 Helicopter design seems to be influenced by the Eurocopter Tiger and Augusta A-129 gunship helicopters. Development of the Z-10 gunship started in mid-1990s and first prototype flew for the first time in 2003. 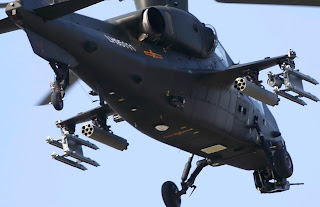 Chinese sources confirm that Z-10 is now in production and initial batch has been delivered were delivered to the PLA in 2009-2010. 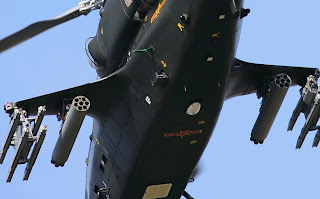 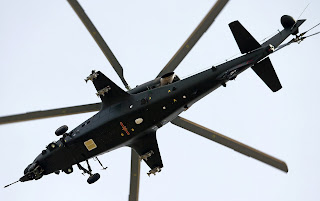 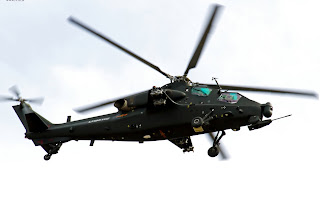 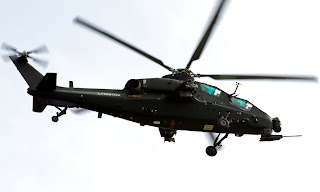