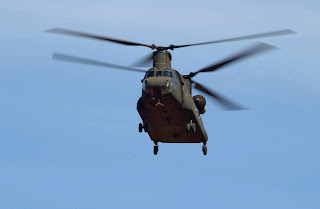 Turkish  Undersecretariat for Defense Industries is very close to the finalization of the contract for the purchase of the 6 Boeing CH-47 heavy lift military transport helicopters at cost of around $300 million.
Turkey showed interest in the purchase of 14 CH-47F heavy lift helicopters, but due to the financial reasons the order has been scaled back to 6 helicopters . These new CH-47F Chinooks will be 1st heavy lift helicopters in the Turkish service and will be delivered in 2013.
CH-47F tandem rotor heavy-lift helicopter uses new 4,868 shaft horsepower Honeywell engines, improved avionics and it can fly at speeds of about 282 km/h with a payload of over 9,530 kg.
United States Army has purchased 48 CH-47F helicopters in 2008 and a contract for 191 additional helicopters worth over $4.8 billion was announced in the same year.
Netherlands has ordered 6 helicopters and plans to upgrade its current 11 CH-47Ds to the CH-47F configuration. Canada has ordered 15 CH-47Fs which will be delivered in 2013–14. UK has ordered 24 CH-47F Chinooks while Australia has ordered 7 CH-47Fs to replace the Australian CH-47Ds.