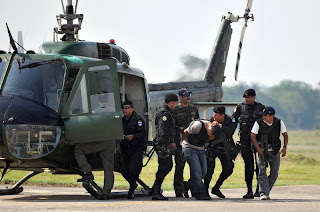 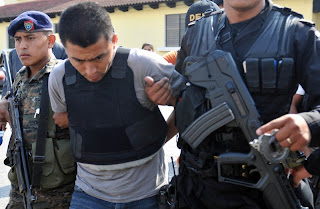 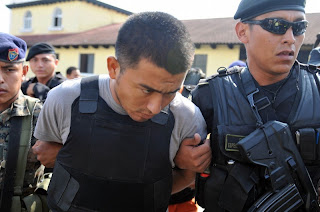 Guatemalan Special Forces Agents arrive to a Guatemalan Air Force base in Guatemala City on May 24, 2011, after being captured in San Benito Peten, some 520 kms from the capital. Guatemalan President Alvaro Colom stated that Morales Madrid is a 'high ranking' member of the Los Zetas drug cartel, and is the 12th person detained for the killings.