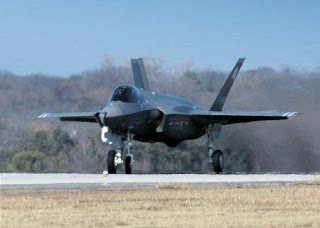 Israeli air force is likely to receive its first F-35 JSF fighter jet in 2018 due to production delays. Israel is looking to purchase 20 of F-35 stealth fighter jets from the United States for $2.75 billion.
Initially it was thought that First Israeli jets will be delivered in 2016 or 2017, but the delays in production of the aircrafts mean that delivery will be delayed by at least one year.
Israel wanted to have Israeli avionics in the JSF but U.S. has so far rejected such proposal on the grounds that it will increase the cost and time required to produce the aircraft.