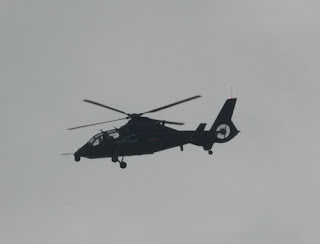 Chinese Z-19 gunship helicopter is a development of the Z-9WA helicopter with new forwarded fuselage. Z-19 helicopter uses the tandem seat layout which is similar to one being used on the other gunship helicopters like Z-10, TAI T-129, AH-1Z Viper, AH-64 Apache, Eurocopter Tiger, Mil Mi-28 and HAL Light Combat Helicopter. 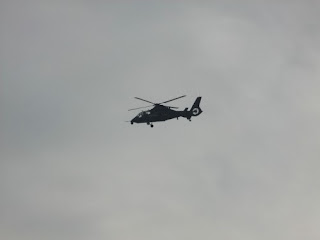 Z-19 is being developed by the AVIC to complement the Chinese Z-10 attack helicopter which was delayed in the past due to engine related issues.Z-19 gunship has retained the after fuselage, power plant and rotor system of the Z-9WA helicopter and combined it with new tandem seat forwarded fuselage. 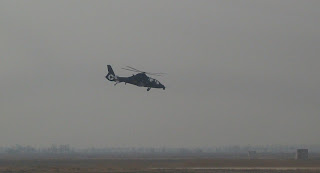 Currently China uses Z-9W as primary scout and shoot helicopter for its People's Liberation Army. Z-9W can be equipped with the HJ-8A ATGMs, or 57mm/90mm rocket pods, or 23mm cannons, or TY-90 IR-guided AAMs. China has also stated the deployment of the Z-10 gunship helicopter as its primary attack helicopter for the anti-armor missions.