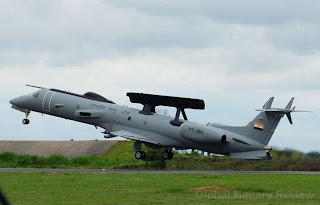 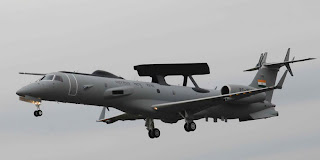 Indian Air Force's EMB-145 airborne early warning and control (AEW&C) system aircraft has made its maiden flight in Brazil after structural and aerodynamic modifications were completed by the Brazilian company Embraer. 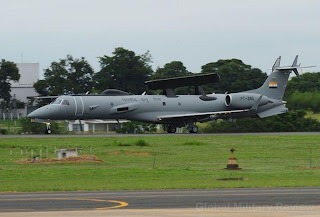 Senior Vice President Operations & COO of the Embraer Defense and Security, Eduardo Bonini Santos Pinto has stated, “This flight concludes another important phase in this program and starts the flight test campaign, “We are moving toward delivery of the first aircraft during the first half 2012.” 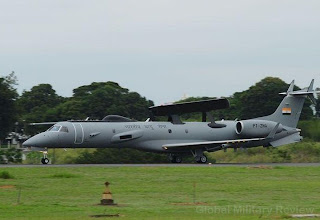 The EMB-145I Airborne Warning and Control System (AEW&C) has been modified with an in-flight refueling system, SATCOM. Its reinforced airframe has been designed to accommodate a fixed, S-band,  dual-sided Active Array Antenna Unit (AESA radar) mounted on top of the fuselage. 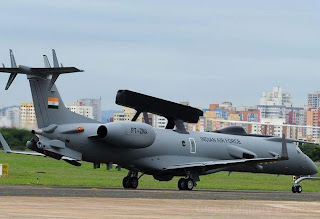 The Active Array Antenna Unit (AAAU) has been developed by the Defence Research & Development Organisation's (DRDO) CABS (Centre for Airborne Systems). The S-band AESA radar will provide 270 degree coverage of the airspace and will have detection range of around 350km against fighter sized aircraft. 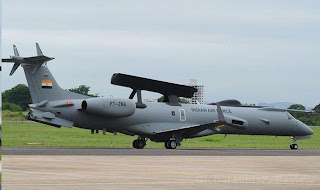 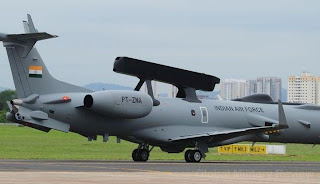 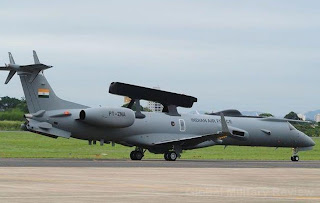 Air-refueling by the IAF's IL-78 will allow the Indian EMB-145I Airborne Warning and Control System (AEW&C) to have an endurance of 9 hours.