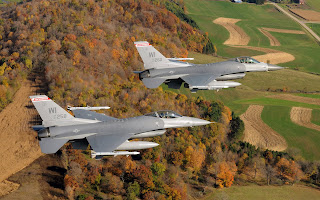 He said that upgradation of the F-16s is essential to keep the Air National Guard (ANG) and Air Force Reserve fighter force maintain effective fighting capability before the fifth generation F-35 Lightning II Joint Strike Fighter (JSF) becomes operational.
The F-16 Service Life Extension Program (SLEP) will focus on increasing the life of the F-16 airframe from 8,000 to "at least" 10,000 hours allowing the fighter jets to remain operational for an other 8 years. Upgrade  will cos around $9.4 million per aircraft.